Battleship Online is a free-to-play naval strategy game where players have to uncover their opponents' ship locations by guessing the coordinates. The game is played in a turn-based system. Players have to place their ships on a board that covers the entire map.

Battleship Online is a turn-based game, which means that players can use as much time as they want to make their moves. They can choose to play on both the easy and hard modes, with the hard mode including the fog of war. Players have an unlimited number of ships, and the opponent's ships are visible on the map.

The graphics are not as high-quality as other games that rely on them heavily. They are rather simple and seem to be intended to make the gameplay more clear.

Battleship Online is a turn-based game, which means that players can take as much time as they want to make their moves. Therefore, there is the opportunity to replay the game many times if the opponent is unable to see the player's moves. 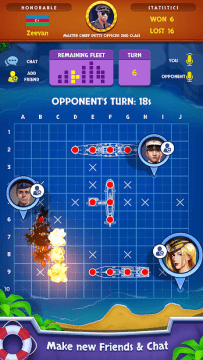 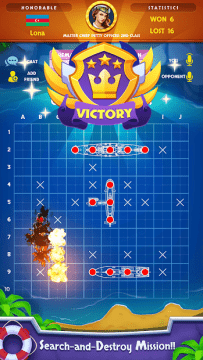 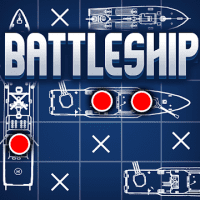